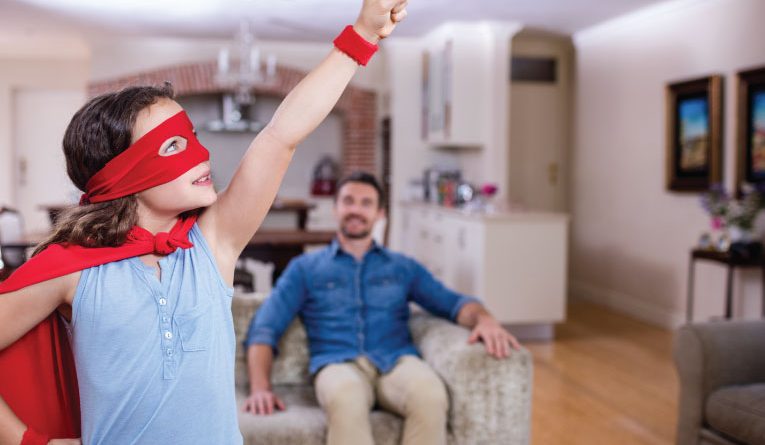 Working parents, are you relying on your elder child to be the third parent?

Top tips from UAE psychologists on how you can avoid parentification of your elder child.

Its 6.30pm – another busy workday about to end. I look around my team to assign a final task but see all of them either busily bent over their phones or frantically typing on their keyboards to finish their work.

That final task I was supposed to assign – I turn around and decide to finish it on my own, pushing my own tasks for later at night, when I’m home.

“Stop mothering your team,” my editor says, as she observes the way I try to manage my team. Well, she is not wrong, because what I thought was being helpful and understanding towards my team, could be doing more harm than good.

I recently found out that the reason behind this particular trait of mine could be deep-rooted in my childhood. Was it possible that this tendency to mother my team was coming from how I had to help my mum take care of my younger sister during my childhood?

So, to find out more, I spoke to two UAE-based mental health experts.

“The issue is very important… I see a lot of these situations in my clinic,” said Dr Diana Maatouk.

The clinical psychologist working in Dubai confirmed that mothering people is, in fact, a trait you can acquire due to what is called ‘parentification’ during childhood.

“Parentification can be defined as reversing the roles between family subsystems, in a sense where children take on the roles and responsibilities usually reserved for their parents or the adults,” said Dr Maatouk.

In such a situation, a child can become the parent of their siblings or even of their own parents, she explained. This can happen primarily in two situations, the first being when the parents are unable to provide emotional support due to their own psychological limitations.

The second is when parent(s) are working too many hours to provide financially for the family.

“As a result, the parentified child is expected to ensure the physical support of the family. For example, he/she might cook dinner for younger siblings, or walk them to and from school,” Dr Maatouk added.

In my case, it was the second. Our dad worked in a different part of India, and my sister and I lived with our mum who worked in a different city. She practically raised us by herself for most of our childhood. She worked as a nurse – so when she would go to the hospital, I happily took on the role of a secondary caregiver of sorts for my sister. After we returned from school, I would ensure she was safe, had eaten her lunch, and other such basic things until mum came returned a few hours later.

We didn’t have a stay-at-home nanny. However, we lived in the nursing quarters and my mum’s close friends and colleagues were our neighbours. Safety was not an overlooked issue; there were trusted people around to help if needed, in case of an emergency.

Fast forward to 30 years later, it has trickled down to my relationships at work and home.

Our childhood experiences and the environment we grew up in, contribute largely to building our personality as adults, explained Dr Maatouk.

However, parentified children can grow up with higher levels of anxiety and depression, according to her.

“Since an important part of their identity was built around their capacity to care for others, when parentified children grow up, they tend to enter relationships with people that need caring for, which gives them a sense of self-worth. They often didn’t learn how to take care of themselves – their sense of self-worth depends largely on their capacity to care for others while putting aside their own needs and emotions.

“As a result, parentified children will take their assigned role seriously, worrying that the family’s stability might fall apart without them. They end up developing a tendency to care for others – sometimes at the detriment of their own capacity to care for themselves – along with a precocious sense of maturity and responsibilities.”

Experts say that while parentified children grow up to be more emotionally aware and sensitive adults, their need to be compassionate and nurturing can affect the personality development of those around them.

To explain this Dr Maatouk referred to the book, The Drama of the Gifted Child, written by Alice Miller, a Polish-Swiss psychologist and psychoanalyst.

In her book, Miller qualifies parentified children as ‘gifted children’ and says that such children are more intelligent, more sensitive, and significantly more emotionally aware than other children are. “They grew up in an environment where they had to be so attuned to their parents’ expectations that they would try to fulfil these expectations at the high cost of ignoring their own feelings and needs,” said Dr Maatouk.

“In adulthood, the child who has always tried to please his parents is constantly looking to care for others while seeking others’ approval. This role-reversal has long-range effects on their self-esteem, confidence and sense of self-worth.”

However, not every parentified child necessarily goes through the same thing, she added.

Mothering: A result of parentification

“As a result of having been parentified, you probably find it difficult to set boundaries with others at work (by taking on too much work, maybe in order not to disappoint your colleagues or as a way to seek approval). You also might find it difficult to ask for support when needed. You may tend to ‘mother’ your colleagues in order to please them when it’s not necessary because you prioritise their needs over yours. By doing so, you overwhelm yourself with situations that are not necessarily your responsibility, leading you to feel drained at times,” Dr Maatouk told me.

In extreme cases of parentification, the child might even grow up to be an “overly mothering boss”, Dr Maatouk pointed out.

“It seems important to highlight that in extreme cases, this situation can become frustrating for people around them who are placed in a powerless position since they are unable to express their needs and find their own solutions to an issue at work – the solution is already presented by the over-parentified child.”

How to overcome the tendency?

“As a small experiment, try to hold back on things that you would normally say or do. Just be curious and see what happens. Did you feel anxious or guilty, perhaps? Try your best to use positive affirmations to overcome this, such as ‘it’s not my responsibility’, ‘I can get through this’. You may see that the other person learns something and works it out for themselves,” she said.

How much is too much?

Getting elder siblings to take care of younger siblings seems like a practical solution in families where both parents are working. However, how much responsibility is too much for a child?

Children should grow up feeling like they have the right to play during the day without worrying about the wellbeing of their siblings or parents, she added.

Children should learn that they can rely on their parents for support at any time: this helps them develop the capacity to ask for support later on in their adulthood instead of being self-reliant, which is a defence against getting attached to others,” said Dr Maatouk.

Less yelling, less praise: Is that a better way to parent? Experts answer

A time for everything: Why routines are important in your child’s life